This morning I was catching up on the blog posts that I haven’t had time to read this week, and I managed to get bang up to date with today’s Six on Saturday by The Propagator. You can click on the link to find out more, or join in, but essentially the rules are to write about six things in the garden on a Saturday and then comment with a link to your post on the Propagator’s post.

I’ve been busy in the garden today for what is probably one of the last times before it gets too cold to contemplate being outdoors for any length of time, and I got quite a lot done so I shouldn’t have any trouble finding my six topics.

1. I’m going to start off with the life that’s still trying its hardest to ignore the darkness and impending cold and forge ahead. I pottered around deadheading and tidying, and as I did so I came across a few plants still with buds waiting to bloom. I’m hopeful that they will, because the weather forecast is milder for the next couple of weeks. According to my thermometer it was about thirteen degrees today.

So, my beautiful buds, and topically, there are six. 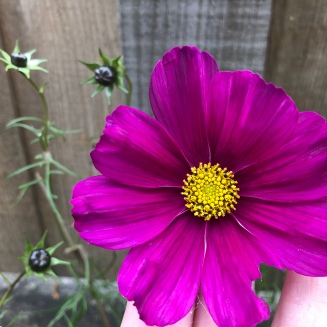 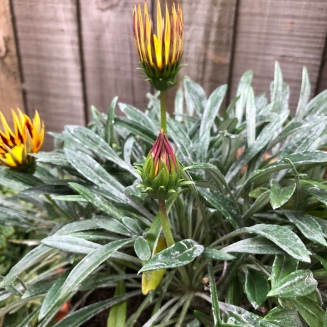 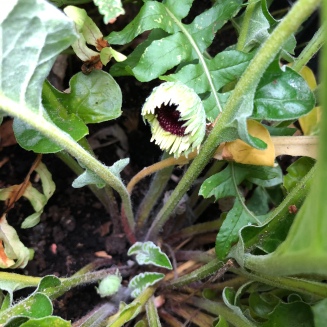 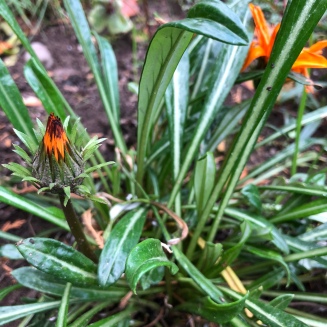 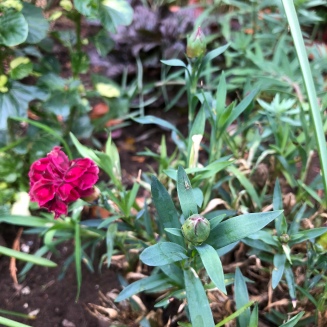 We have, starting top left and going clockwise, Cosmos which have provided a beautiful display outside our kitchen window all summer, and are still giving. You can see a few buds in the background. Then gorgeous Gazania. I don’t know if it will be light enough for this bud to truly open because Gazania are light sensitive, but I’m keeping everything crossed. Next is Gerbera. This is in a container and it has thrown up a steady stream of beautiful pink flowers all summer. This opening bud looks white, which is odd, but maybe it will change as it matures. Underneath that is Dianthus. This was a sale table find and it’s done really well. Fingers crossed this last little bud comes to fruition. Then there’s another Gazania, bright orange this time, trying to provide some colour. Finally Erysimum. Again this was a sale find and it’s actually still in its pot while I decide where to put it, but it’s flowered away happily.

2. There are still lots of flowers that are performing their hearts out and are making my own heart sing with gratitude that not everything is fading. 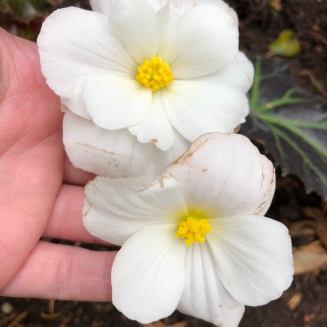 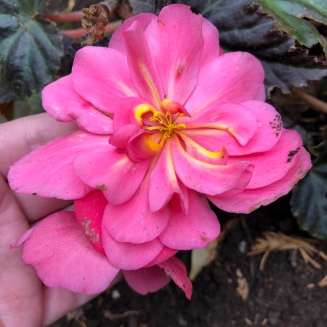 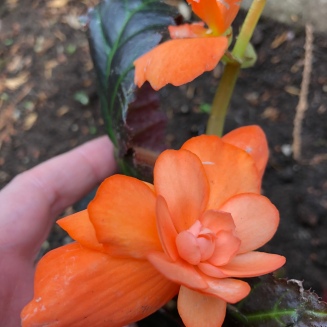 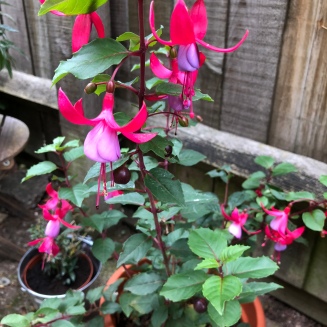 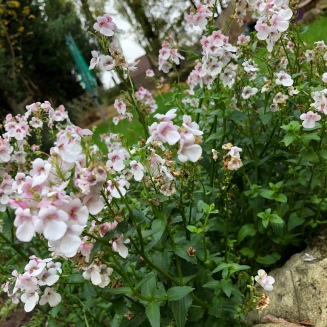 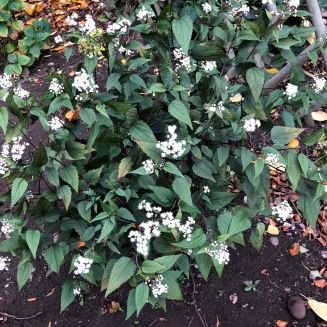 The top three are Begonias. These were less than half price because two of the plants in the tray were dead. Nowt wrong with these three though. On the bottom row, left to right we have fabulous Fuschia, Diascia Cherry Blossom and, of course, my ever effervescent Eupatorium. I love Fuschias. I have two and they remind me of my Grandad because they were his favourite. The Diascia was another sale table bargain which has absolutely outdone itself. Its flowers stand bolt upright at the front of our border filling me with joy as I gaze out of our kitchen window. What can I say about my Eupatorium? I just love it. I adored it before it starting flowering, but now it’s just even more wonderful.

3. Dahlias. We’ve had our first frost, and Dahlias, similarly to myself, do not like cold, much less frost. However, although this one is slightly frost bitten and past its best, it is still beautiful and definitely not needing to be deadheaded just yet. 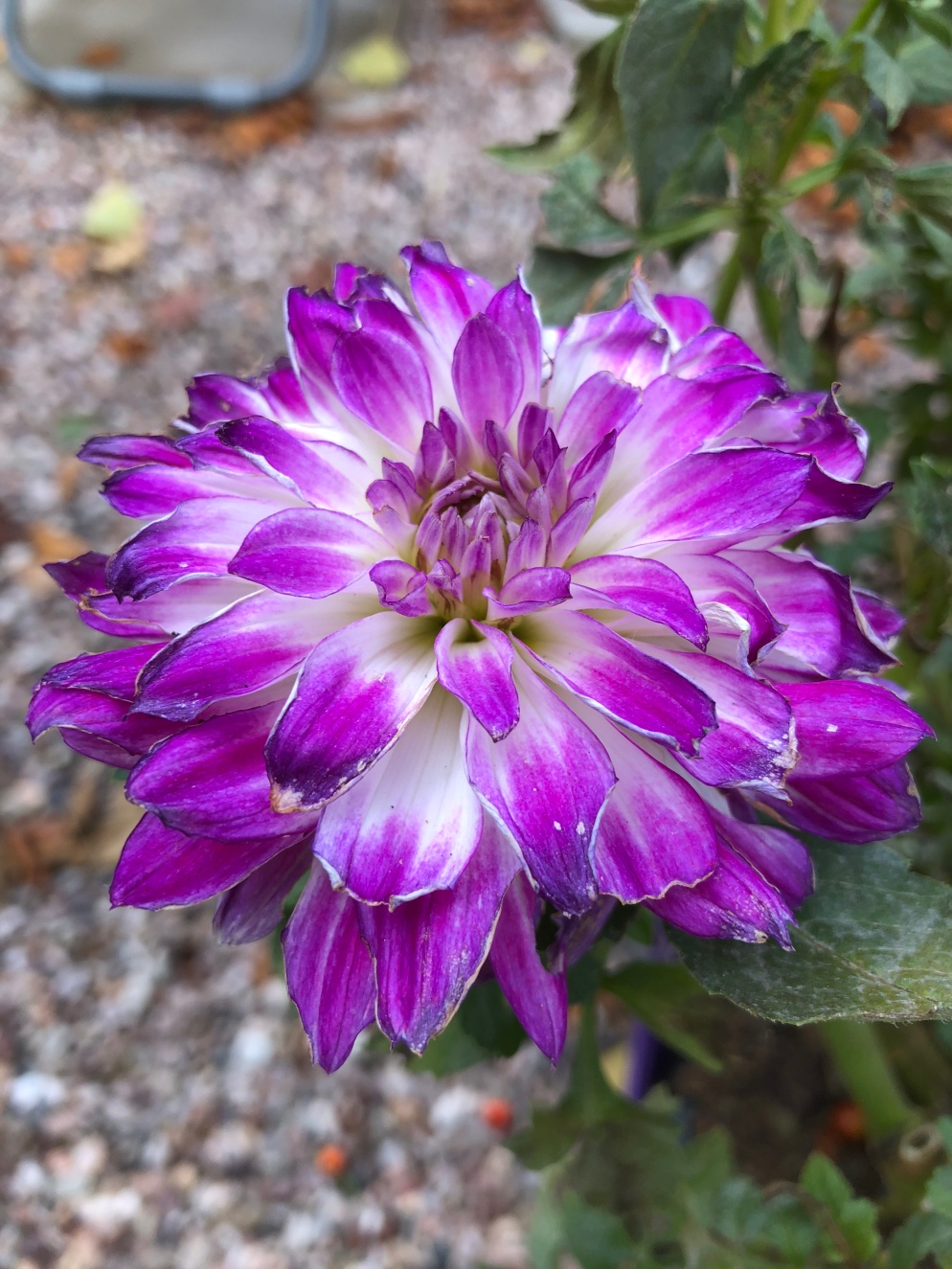 My wheelbarrow, however, hasn’t fared so well. RIP wheelbarrow Dahlias.

We collected two bin bags worth of leaves today. According to Monty Don, by next October this will have broken down to form the perfect compost. Monty also says that he collects every single leaf at Longmeadow to make into leaf mould. I hope he has lots of people helping him because, honestly, if I was to collect every last leaf in our garden (which clearly is nowhere near the size of Longmeadow) I’d be out there every second of the day in the Autumn! I’d also have a broken back!

5. The raised beds are in place! Whoop!

First I had to clear the area. It was covered in leaves and weeds and stones and roots! We’ve mainly focused on the front half of the garden thus far, so this end has had the most basic of maintenance so far.

Here it is before I started.

And then after it had been cleared.

We ran out of space in the wheelie bin so a lot of the debris has just been moved to the other side of the garden for now! Note to self: making a compost area needs to be bumped up the priority list! 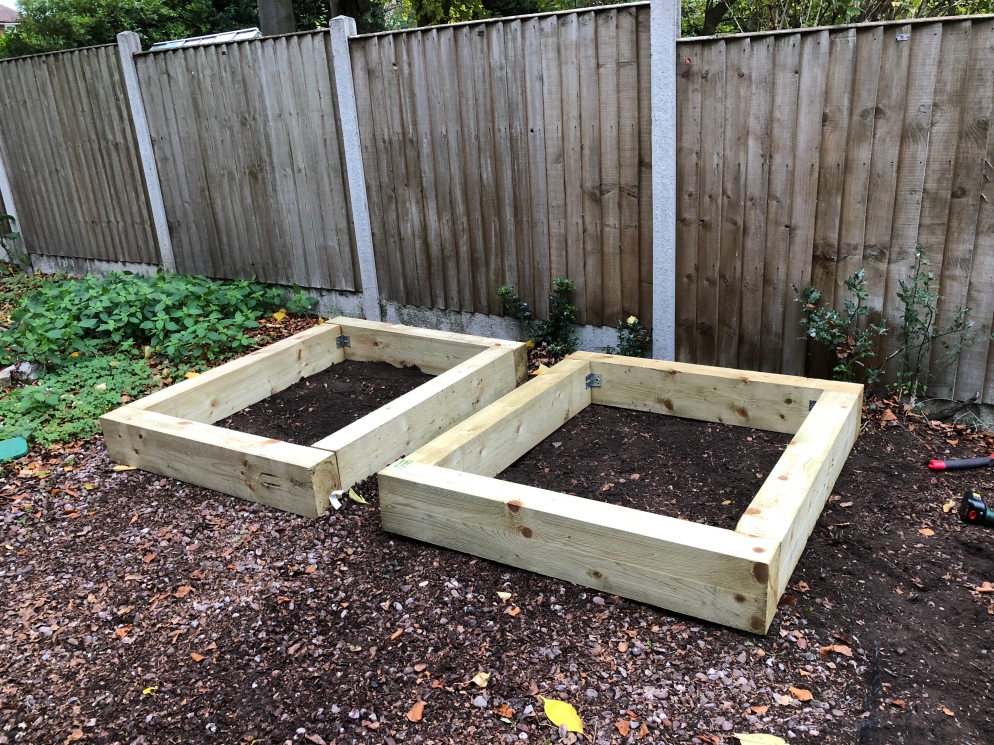 Several bags of compost now needed! I need to decide if this is their final resting place. It might make sense to put slabs around them. I’ll see. The Good Life here we come!

6. All summer when I’ve been in the garden I’ve been finding white feathers. Now I know there’s a logical explanation, there are lots of birds around, but white feathers are also said to be sent by lost loved ones as a signal to let you know that they’re watching over you. My Grandad was a keen gardener all his life. He knew everything there is to know about gardening. So, I prefer to believe the non-logical explanation for the white feathers. The only problem is, I don’t know whether Grandad comes to tell me how well I’m doing with my gardening exploits or if he’s desperately trying to tell me I need to move my Astilbe into the shade (already done – found that out the hard way!) or that my courgette plant needs staking to get the best yield (I’ll try that next year). Whatever the reason, it’s a nice feeling to think that he’s there and that he’s seen our garden, because I know he’d have loved it. 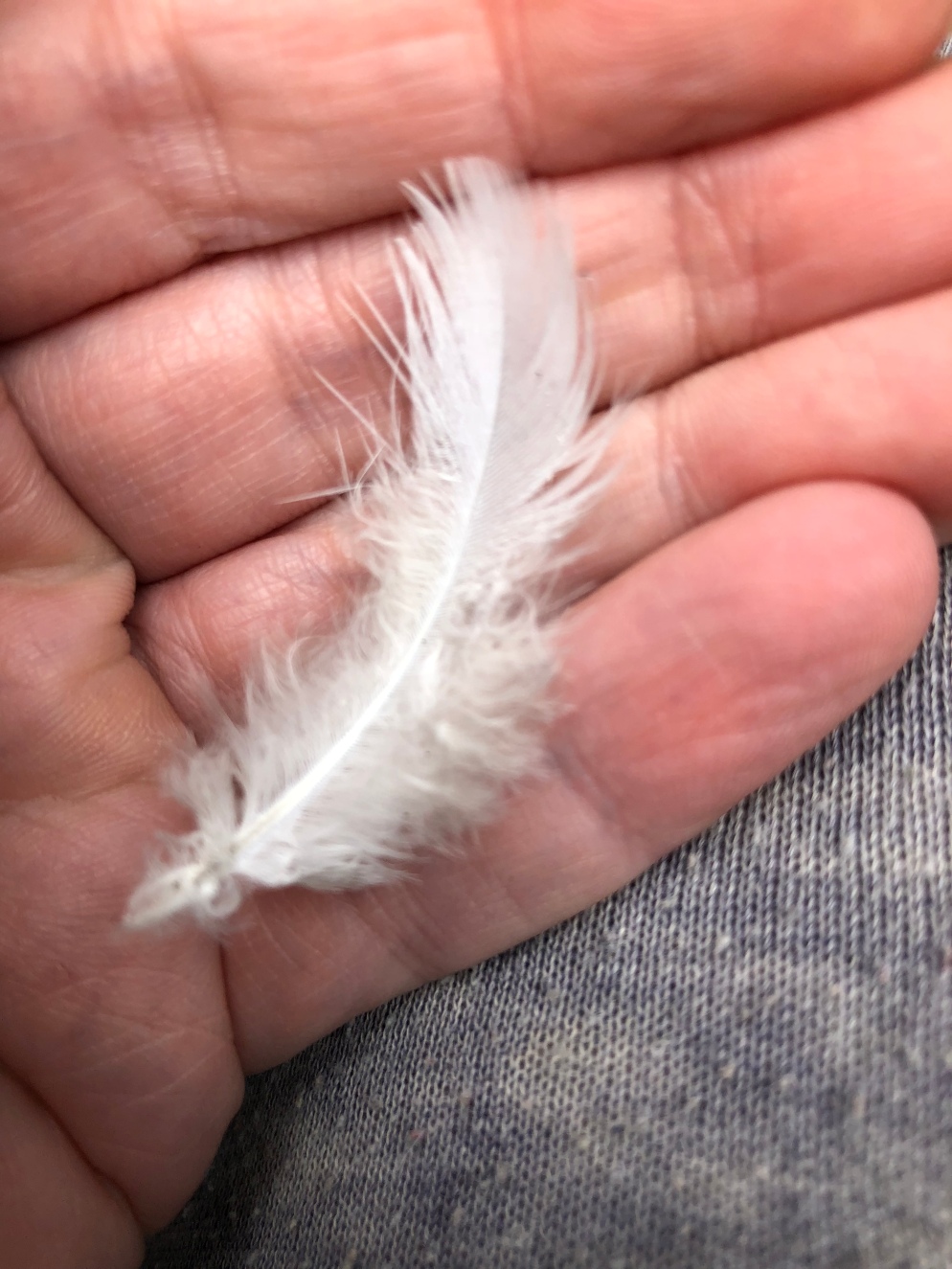 So there you have it, my Six on Saturday.