I’ve been meaning to crack on with this project for ages, but as usual I’ve procrastinated for weeks! To be fair, I’ve been doing other jobs, but today I decided to get on with it.

Off I trundled to Homebase to get supplies. 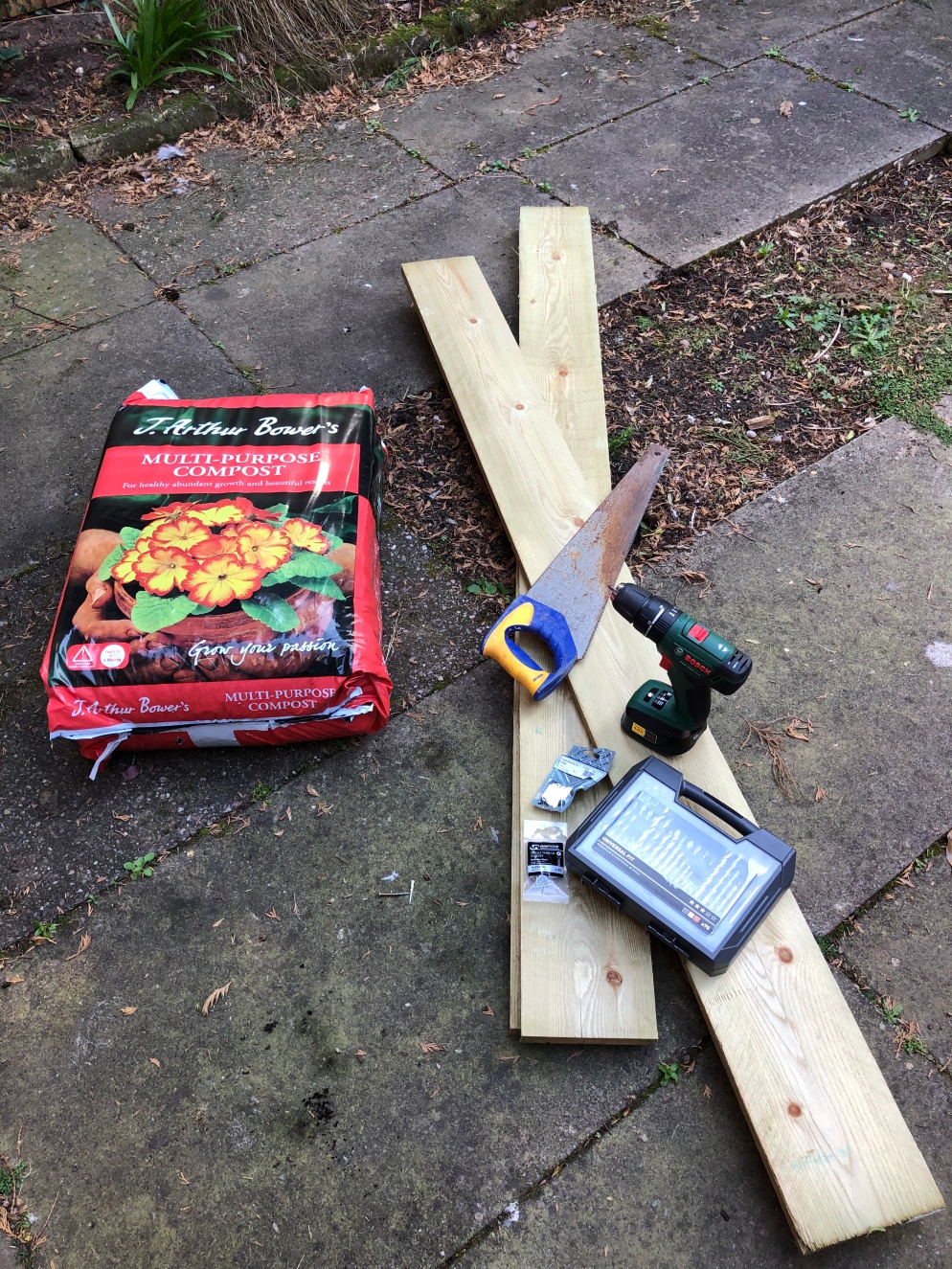 Power tools! I do like to play with power tools. I did actually give up on the saw in favour of my jigsaw too because I really can’t saw in a straight line, especially not with a dodgy, old and rusty saw! Turns out I’m not so great at jigsawing straight either (not helped by being precariously balanced over the kitchen sink because my jigsaw isn’t cordless so I couldn’t do it outside) so I got to use a third power tool, my sander!

I was ably supervised by my little furry Olive while I did a bit of drilling and a few screws and four brackets later my project was assembled. 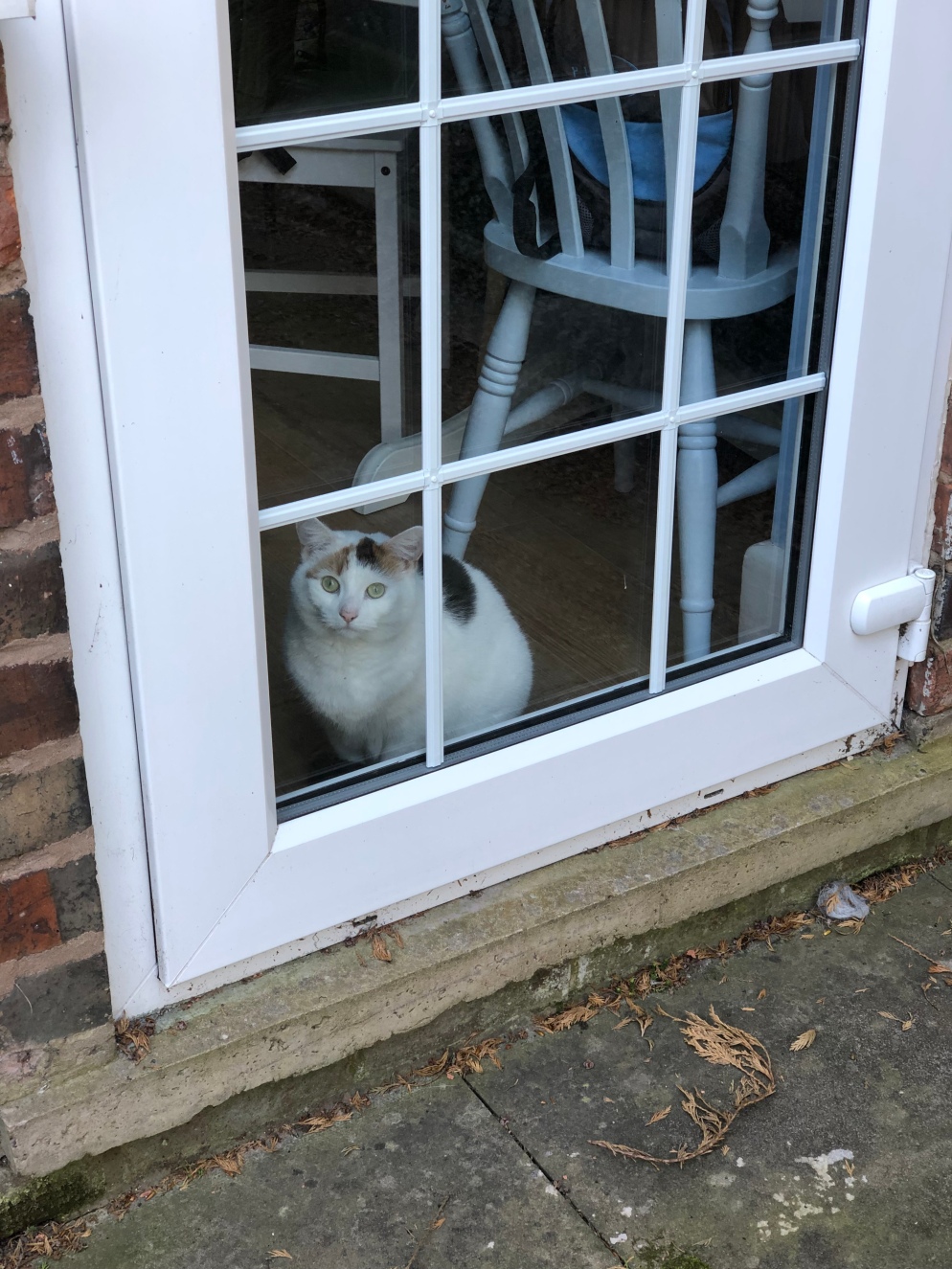 So, what was I making?

Our patio area had a couple of slabs missing. I think it was probably done intentionally as a bit of a feature, but it just looked like it wasn’t finished.

See what I mean? I decided to do something about it.

Perfect fit! My carpentry skills might not be tip top, but I’m pretty pleased with it. I’d bought one big bag of compost, but it needed two, so I had to down tools and pop back to Homebase – good job it’s only a mile away.

I had several plants patiently waiting for their forever homes and I could finally oblige them. 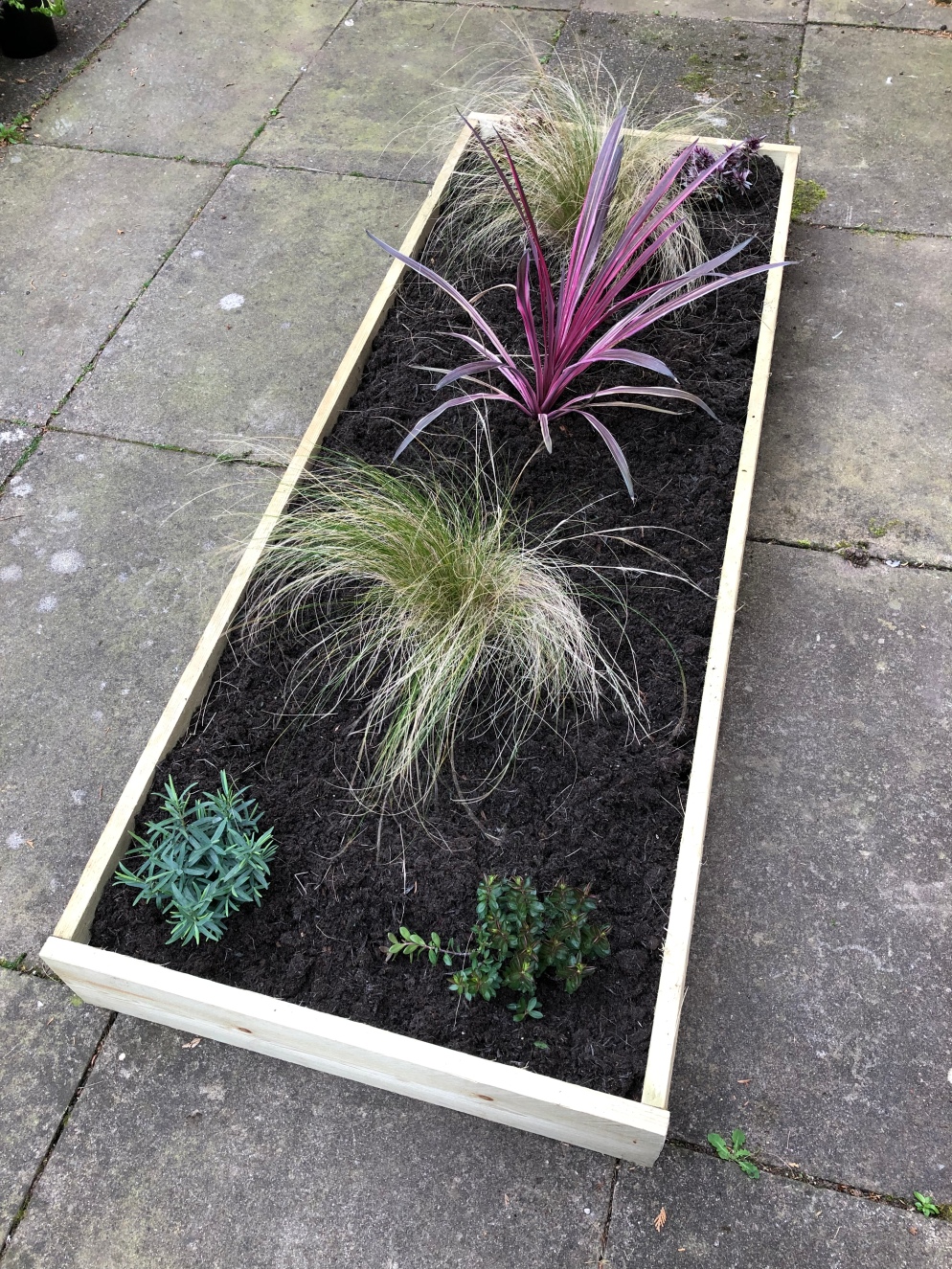 Lovely symmetry! This is the bed from either end, but you can only tell by the different coloured Hebes in each corner. The pink ones are closest to the house so we can see some colour in the Winter (I didn’t just say the W word, fingers in ears, lalalalala).

In the middle is a Cordyline and either side of that are Stipas. These Stipas were 50p each in a sale at B&Q. There was nothing wrong with them when I bought them and they’ve been swaying happily in the wind in their pots ever since. I hope they continue to thrive in their new home.

I can’t decide whether it needs a few bedding plants down the sides or not. I think I’ll leave it for a while to see how I feel in a few days.

In other garden news, the seeds in the greenhouse are coming on in leaps and bounds. There’s daily progress at the moment, particularly with the Cosmos.

On the left was yesterday afternoon and on the right was today. They’re shooting up!

Yesterday there was no sign of any Sunflower seedlings, but today …

I know it doesn’t look like much, but right there in the middle is the beginning of a Sunflower. I’ll try to follow this one through from its very beginning here to hopefully it growing up to a couple of metres tall.

I’ll leave you with a photo of our gorgeous Camellia. In a couple of weeks its flowers will all have dropped, so I’m making the most of it now.

Have a great week!

5 thoughts on “A mini garden transformation”