Oh my goodness, it’s September! How has that happened? The last time I looked it was the beginning of the summer and we had all those long, hazy days ahead of us but now the nights are drawing in and there’s a chill in the air. I’d almost forgotten what a hoody was until a week or so ago it’d been that long since I’d had the need to wear one! 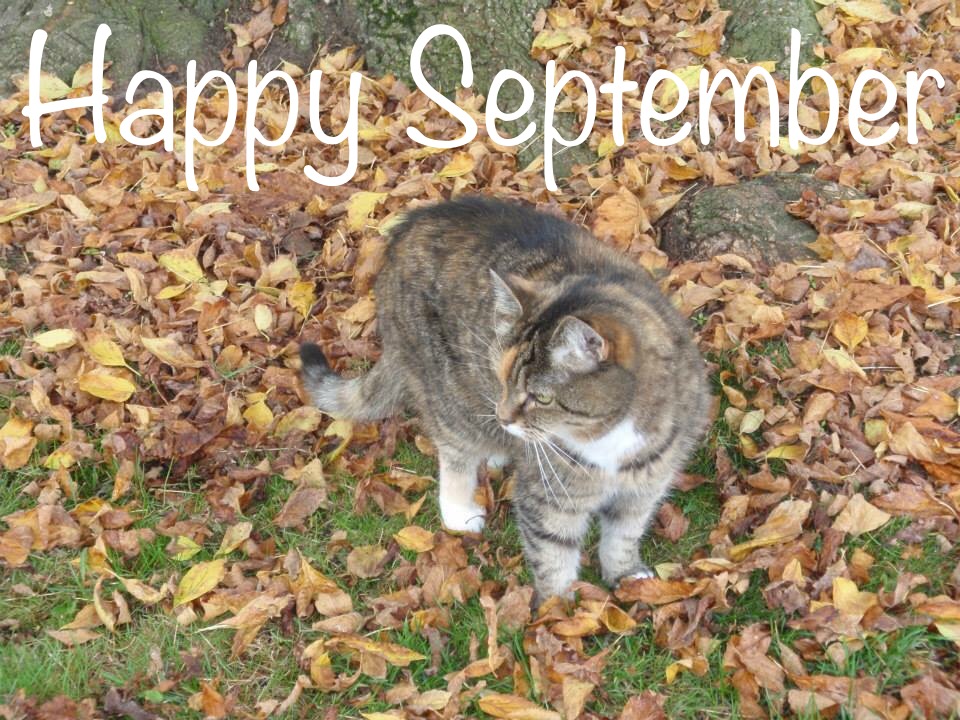 I like September though, despite the slight sense of foreboding of winter on the way. I don’t know if it’s because it starts with the same letter as my name or just because I like the curliness of an S, but I think it’s the nicest sounding month, the softest sounding month. It could be that I like it by association because my birthday falls in September. Yep, I’ll reach the ripe old age of 41 at the end of this month – feel free to eat cake!

The leaves start to turn in September and the outside world starts to be filled with vivid shades of red, orange and yellow which makes me happy. The garden is still plodding along though, seemingly unaware that summer is almost over. I think it’s just breathing a collective sigh of relieve that it’s cooled down a bit, perhaps with the exception of the Gazanias which are the beach babes of the garden. I went out there today, despite being exhausted after a late night last night, to do a bit of general housekeeping (garden keeping?) because there won’t be too many weekends left when I can, and I felt so much better for having got out there for a bit in the fresh air.

I got the yucky job out of the way first. We have a very handsome but very naughty fox who has decided he wants to make our garden his territory and he keeps leaving us little presents of the poop variety, so that needed to be cleared. I think it’s one of these two that I believe were born in our garden last year, although he looks a lot less Disney and rather more wild now after living through a cold winter outside. 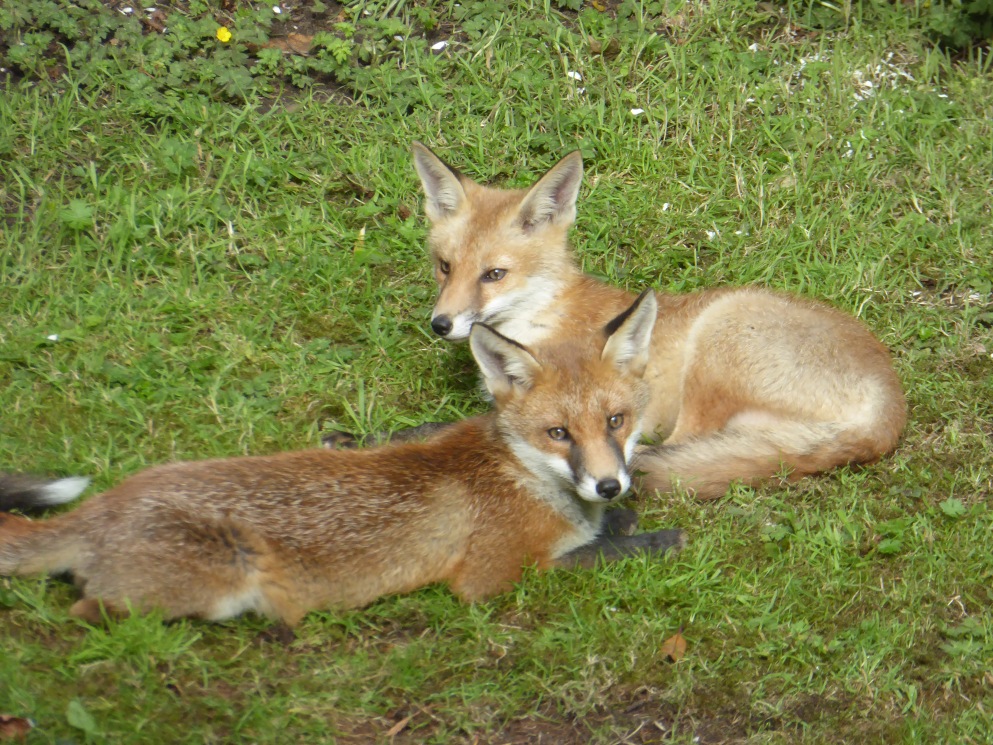 It actually wasn’t as disgusting as I thought it would be, and I was purposely lacklustre in my cleaning efforts because my theory is, if the fox can still smell his scent, hopefully he won’t feel the need to top it up, if you get my drift!

On to more sweet-smelling garden topics. My standard rose bushes which I picked up for a fiver each have absolutely excelled themselves. They look and smell AMAZING!

None of them even needed deadheading. The flowers are lasting really well.

I did have to deadhead my dahlias though, and although I know this should encourage more flowers, it always grieves me because I think even dead dahlias are pretty. My wheelbarrow planter is still full of colour despite the deadheading. There are a few more buds coming through so hopefully it’ll stay beautiful for a few more weeks yet.

My Eupatorium is still dancing and swaying in the wind and looking stunning. I just love it for its flirtiness. I’m sure it’s grown since I planted it a three weeks ago but I haven’t compared the photos so I’m excited to see these next two pics to see if I’m right.

Yay! Look at that! The angle’s a bit different, but it’s definitely bigger. It should get to a metre and a half when it’s fully grown so I guess it’s kind of like a teenager at the mo. Luckily it’s not at all moody!

Thanks to my obsession with the sale table and poorly plants and also the generosity of Debbie, our work cleaner, who has gifted me several plants from her own garden, our border is looking much fuller.

There are a couple of new additions in there that I didn’t add, and I’m not sure if they’re weeds or not, but they’re pretty so they’re staying for now. My grape hyacinths that were a gift from my step mum (the ones that look a little like chives in the foreground next to the wall) are clearly a little confused. They shouldn’t come up until spring, so I’m intrigued to see what will happen with them.

This was (surprise surprise) from the sale table at Notcutts. It was 70% off and was looking very sad and unloved. I now suspect that may have been a ploy to get itself a loving home because there was clearly nothing wrong with it and it’s now saying ‘thank you for saving me’ by treating me to this beautiful display of delicate blossoms. It really is so rewarding to create a garden, and even more so when the plants were otherwise destined for an early floral funeral!

This post was originally supposed to be about this week’s Gousto meals but I seem to have got carried away with the garden! I hope you’re not disappointed! I’ll get right on to the Gousto news now!

2 thoughts on “A September Saturday”